SYNOPSIS
Bennett Fox walked into my life on one hell of a crappy Monday morning.


I was late for the first day at my new job—a job I’d now have to compete for even though I’d already worked eight years to earn it, because of an unexpected merger.
While I lugged my belongings up to my new office, a meter maid wrote me a parking summons.


She’d ticketed a long line of cars—except for the Audi parked in front of me, which happened to be the same make and model as mine.


Annoyed, I decided to regift my ticket to the car that had evaded a fine.  Chances were, the owner would pay it and be none the wiser.


Except, I accidentally broke the windshield wiper while slipping the ticket onto the car’s window.


Seriously, my day couldn’t get any worse.
Things started to perk up when I ran into a gorgeous man in the elevator.  We had one of those brief moments that only happened in movies.
You know the deal…your body lights up, fireworks go off, and the air around you crackles with electricity.


His heated stare left me flush when I stepped off the elevator.


Maybe things here wouldn’t be so bad after all.


Or so I thought.


Until I walked into my new boss’s office and met my competition.


The gorgeous man from the elevator was now my nemesis. His heated stare wasn’t because of any mutual attraction.  It was because he’d saw me vandalize his car. And now he couldn’t wait to annihilate his rival.


There’s a fine line between love and hate—and we shouldn’t cross it.


We shouldn’t—but straddling that line could be so much fun. 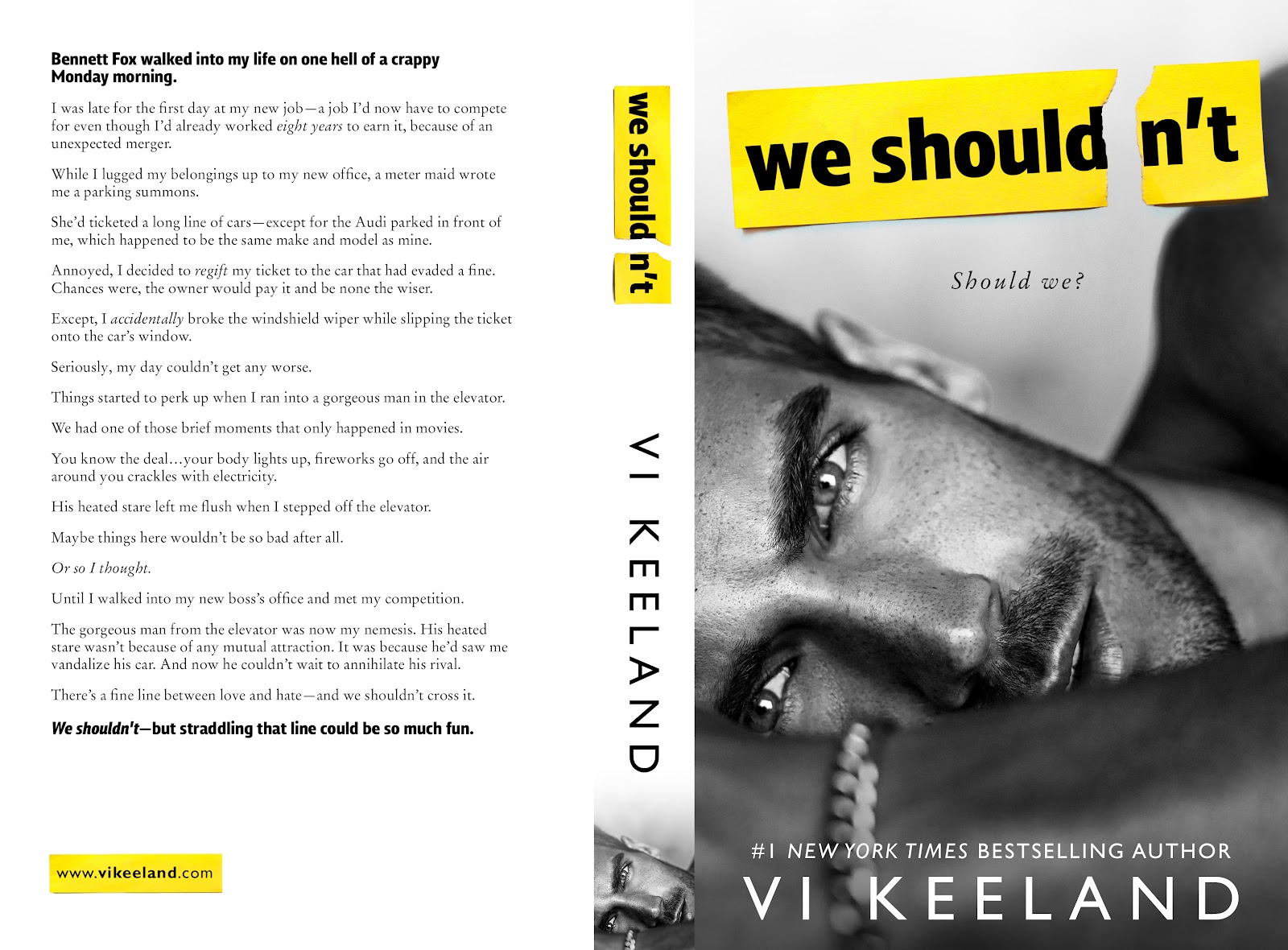 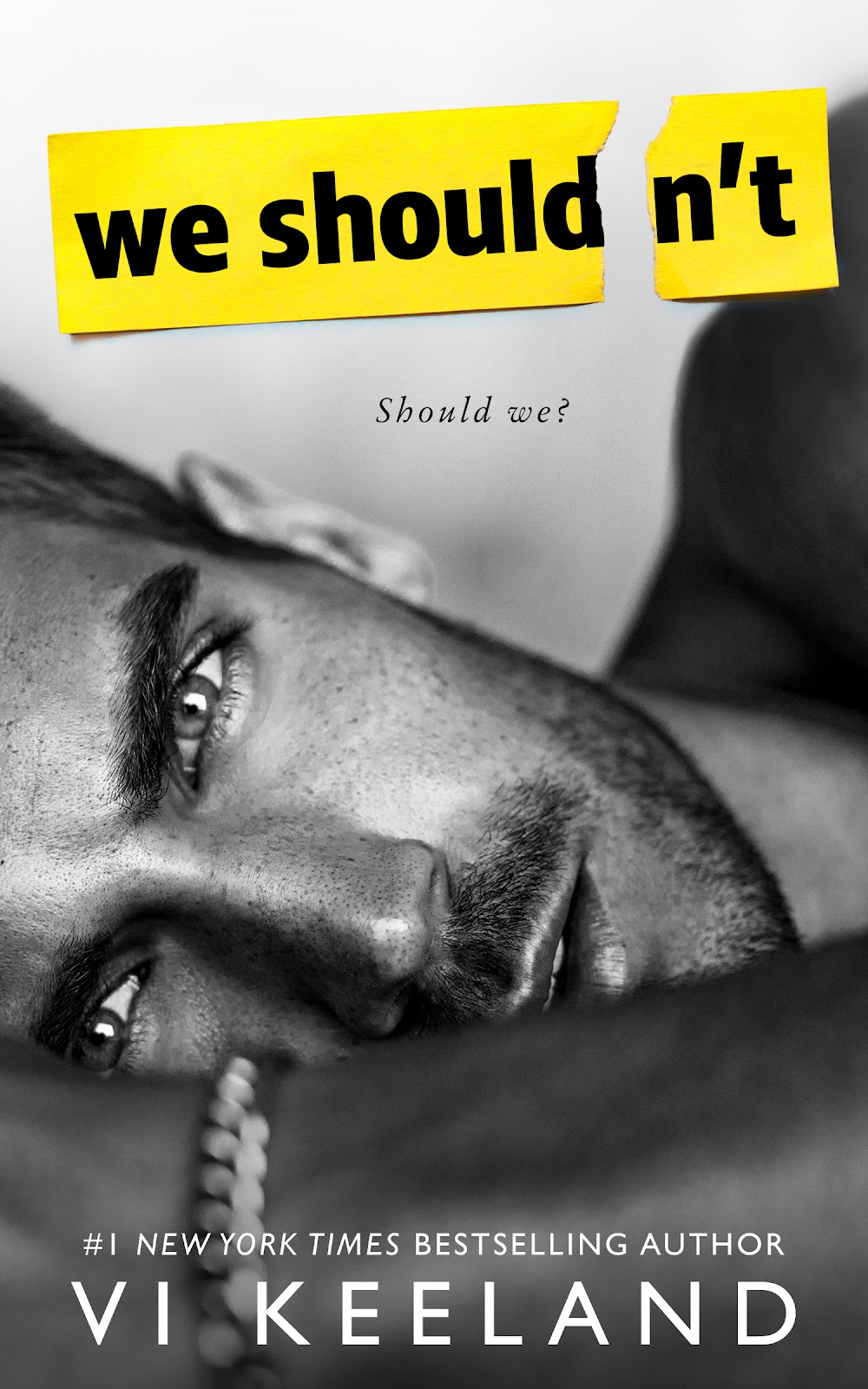 
Do you like texts better than email? Receive text notices of Vi’s new releases by texting the word BOOKS to 77948 You will ONLY receive a text when a new book goes live - no other messages at all!


STAY TUNED ON JANUARY 16th FOR AN EXCERPT REVEAL OF WE SHOULDN’T!

Vi Keeland is a #1 New York Times, #1 Wall Street Journal, and USA Today Bestselling author.   With millions of books sold, her titles have appeared in over a hundred Bestseller lists and are currently translated in twenty-five languages. She resides in New York with her husband and their three children where she is living out her own happily ever after with the boy she met at age six.

Worth It All (Complete Fighter Series)
Amazon: https://amzn.to/2Fx1g6H