For All The right Reasons by Author Ann Lister SALE BLITZ

Sale Blitz, For All The Right Reasons by Author Ann Lister 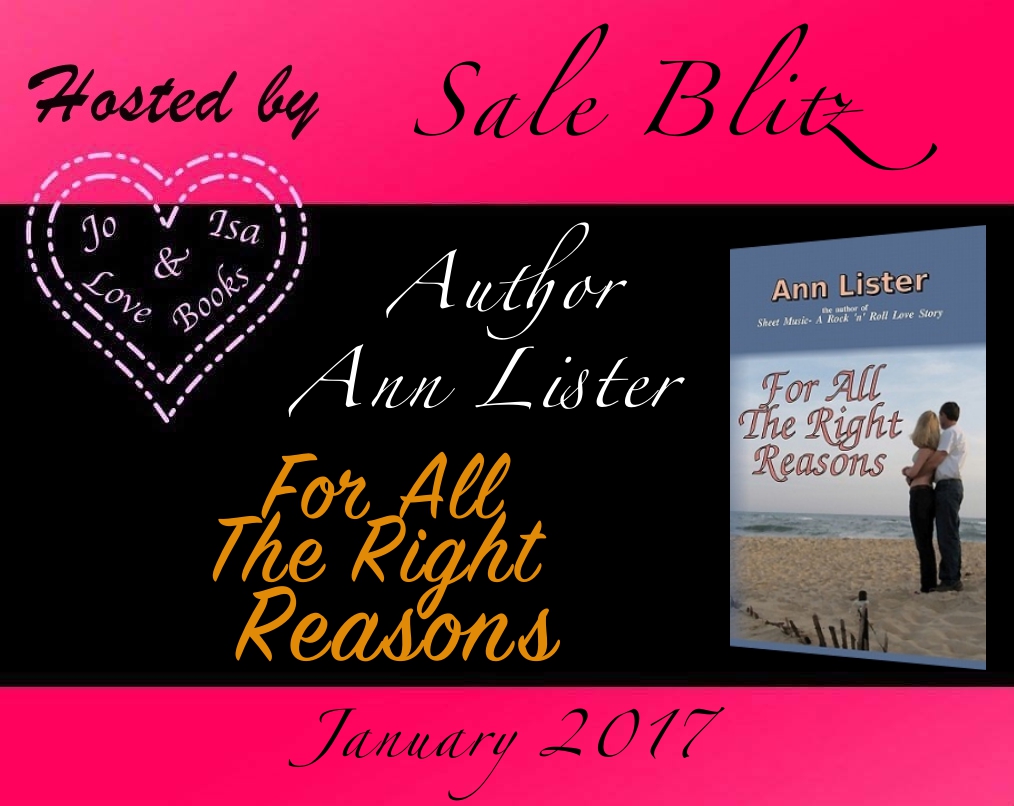 Before The Rock Gods came Ben Gallo and his band Reckless. One Click this Rockstar Romance for ONLY 99c/99p. 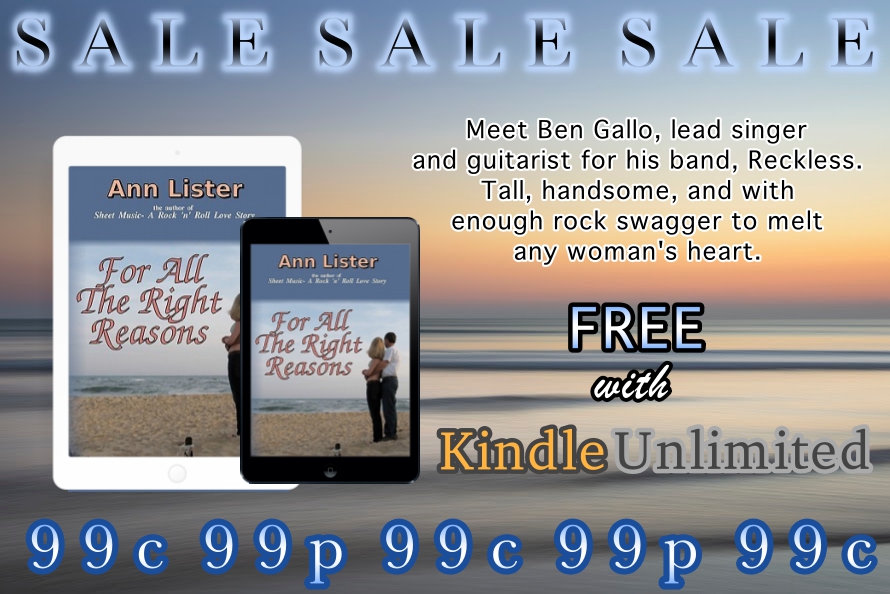 Sydney Willows, a professional photographer boasts a long list of world famous musicians as clients. She's blond, ambitious, and about to shoot the most lucrative job of her career when she meets Ben Gallo, lead singer and guitarist for his band, Reckless. Tall, handsome, and with enough rock swagger to melt any woman's heart, Ben plays to win. Will he be the one to show her that the path to 'happily-ever-after' is possible with a music man, or will a juvenile bet made between brothers prove stronger than a bond of love? For All The Right Reasons is ribboned with deception, lust and love and will leave you aching for an encore. 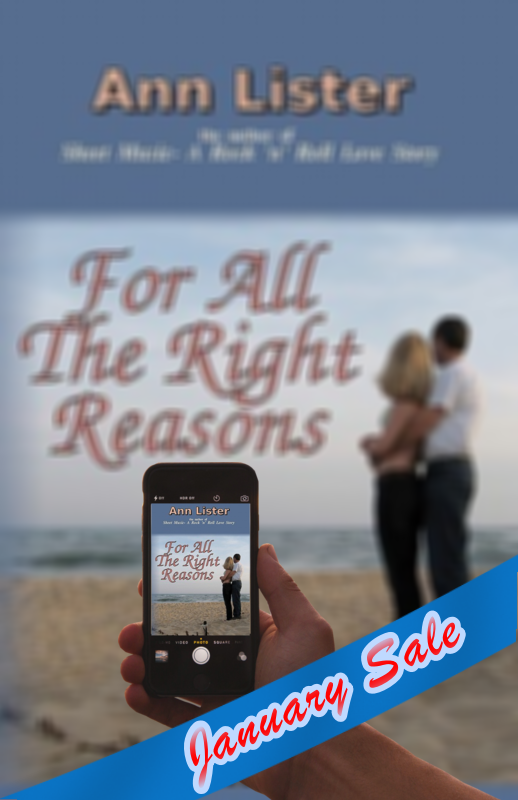 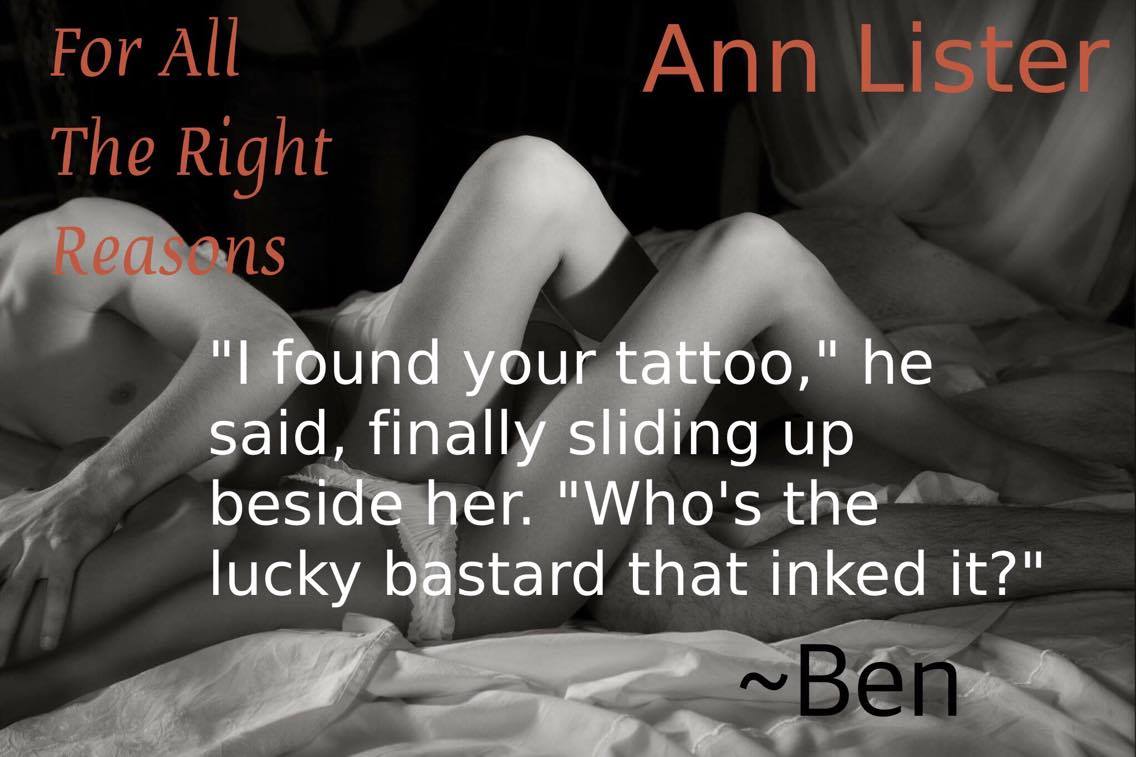 Add to your TBR shelf by Clicking I want to read
https://www.goodreads.com/book/show/8238928-for-all-the-right-reasons?ac=1&from_search=true

OTHER M/F TITLES BY ANN LISTER

Thank you for taking the time to support 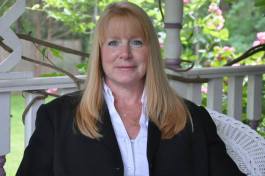 Ann Lister is a native New Englander currently living on the island of Martha’s Vineyard with her husband. She has pulled details from her years living in the New England area and uses many local settings and landmarks in her novels. After graduating art school, marrying, and raising two daughters, she established her own video production company. Her nearly two decades working in video production included work within the music industry and won her a coveted Telly Award. Her ‘behind-the-scenes’ exposure to the music world and her love of rock music is the inspiration for her erotic rock star romances. The Rock Gods series gave her Bestselling Author status on Amazon. Beyond The Music, Book 7 in the series, hit #1 in the Gay Erotica genre during the Pre-Order and held that spot for several weeks. This last book in The Rock Gods series launches the spin-off series, Guarding The Gods, which releases in early Summer of 2016. Connect with Ann here: