Release Blitz, Virgin For The Fourth Time by Jeannette Winters

Virgin For The Fourth Time

Can his love protect her from her past? Bennett Stone has dedicated his life to protecting and saving lives when others failed. The word impossible is not part of his vocabulary. Zoey Henderson has spent most of her life defending herself against her tarnished reputation, as a consequence of her father’s actions. Her five over-protective brothers believe no man will ever be good enough for her. When Zoey experiences some medical issues, the urgency of finding her biological mother becomes paramount. Although her brothers tried and failed earlier, her quest is not one of curiosity. She needs answers, and there’s only one man who will go to any lengths to find them. Bennett has been warned that Zoey is off limits. But no one controls his business decisions and when she calls, he takes her on as a client. When Bennett discovers the information Zoey’s been searching for, he knows he can’t have it all. How can he decide between his pride and their passion?

Add to your TBR shelf, click I want to read.
https://www.goodreads.com/book/show/31394703-virgin-for-the-fourth-time 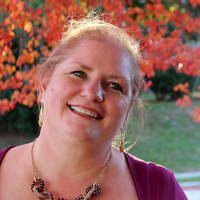 Jeannette Winters is a romance author mixing heart, intrigue, and the steamy pleasure of a Billionaire romance. Jeannette grew up in a large family, number ten out of eleven children, eight of them being older brothers. She quickly developed a great sense of humor, mostly from necessity. One of her greatest joys is sitting on the porch where they were all raised and hearing the stories from years gone by. Quietly laughing to herself, she notices how they embellish the stories more and more each year. Storytelling was passed down from her grandfather and mother. Jeannette caught the bug at a very young age. If she didn’t have her head in a book, then she was off somewhere with a notebook, jotting down stories of what she would write if one day she became an author. Although the notebook may have vanished, the stories are still vivid and waiting for the right time to be told. Despite having an amazing family, there have also been some sorrows in her life, including the loss of loved ones. Over the years, Jeannette has spent countless hours volunteering for different organizations and acting as a caregiver to those most dear to her. As a result, supporting the elderly became of utmost importance. Connect with Jeannette Facebook : https://www.facebook.com/Author-Jeannette-Winters-698597960237044 Website: http://www.jeannettewinters.com/ Twitter: https://twitter.com/JWintersAuthor Newsletter Signup: http://www.jeannettewinters.com/contact.html


OTHER BOOKS BY JEANNETTE WINTERS

The Betting On You Series