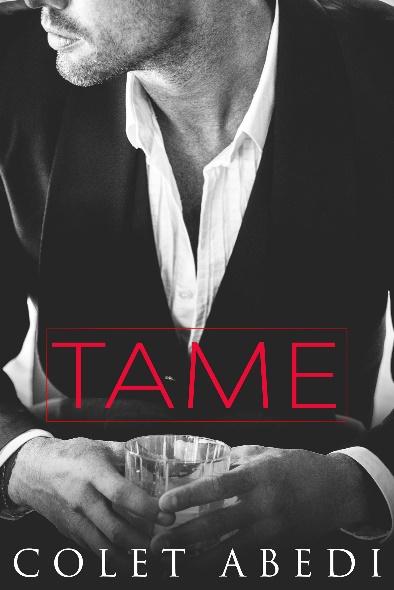 Abby Walters fell in love with me when she was a child.
In many ways, she still is one. That sweet, sheltered good girl may look like a walking orgasm, but I know she’s innocent.
Too innocent for me, the renowned British playboy.
It’s ironic, isn’t it, that I’m the one spending my career in philanthropy while she toils away as a barista. The heiress to her own fortune, she’s terrible at this job. It’s all wrong for her.
But then so am I.
So why did I offer to hire her?
Because I want her close to me.
Under my control.
And in my bed.
It’s not like Abby’s going to tame me. Right?

There is nothing tame about this HOT story. Michael and Abby ignite the chapters with their pent-up sexual tension and have you reading faster to get to the end of the book. This is the first book I have read from Colet and I can say it won't be the last as I thoroughly enjoyed her writing. I love any story with a powerful Alpha male, and Colet has given me the perfect example of power, dominance, and passion with her book, Tame. Michael is rich and handsome but he is also broody, and at times I wished I had an insight into his mind to understand some of his motives, I don't think I have ever spoken to a character out loud that much just edging him to get some balls and go for what he wanted, LOL. Michael has been Abby's "protector" since their infancy, well he is older than Abbi, so she was a child but he has been there for her ever since she can remember, fighting her battles and being the perfect hero. Unfortunately for Abby, this attraction is one way for many years (or so she thinks) so she builds her life even to the extent of getting engaged to a prominent man. When she breaks it off and decides to take the reins of her life, it all goes terribly wrong, until one day when the man of her dreams, Michael, finds her and offers her a job. It should have been easy, there is an undeniable attraction between them, clearly, Michael wants her as much as she desires him, but things aren't so straightforward, the untamable is reluctant to give in and he keeps sending all wrong signals giving poor Abby a case of whiplash. I loved this book, it was a very enjoyable read and it had a solid plot with great characters. We knew we were going in for a wild ride but still it had me entertained and guessing the next move. Arc received in exchange for an honest review. 5 UNTAMABLE STARS. Isa for Joandisalovebooks Review Team.


About the Author:
Colet Abedi is a television and film executive based in Los Angeles. She had her first taste of living her dream as head writer and showrunner for the FOX-owned MyNetworkTV serials, American Heiress and Fashion House. She is the creator and executive producer of Unsealed: Alien Files, which is in its fourth season. She is the co-author of the young adult fiction novel, FAE.
Book one was released by Diversion Publishing Group and was an instant bestseller. The Dark King, the second in the planned FAE trilogy, was released in May 2014. FAE was optioned by Ridley Scott & Giannina Scott.

Colet is a native of California, graduated with a B.A. in English literature from the University of California at Irvine, and currently lives in Los Angeles with her husband and three dogs.