The Hardest Fall, an all new tantalizing contemporary romance by Ella Maise is NOW LIVE!

The first time you meet someone, you make eye contact. You smile, say hello. Should be simple, if you’re anyone but me. The first time I met Dylan Reed, I found myself making eye contact with a different part of his body. You see, I’m very good at being shy, not to mention extremely well-versed in rambling nonsense and, unfortunately, rather highly skilled at making a fool of myself in front of a guy I’m attracted to.
At the time, I knew nothing about him and thought none of what I said would matter since I’d never spoken to him again. Turns out, I was very wrong. He was the star wide receiver of the football team, one of the few players expected to make it into the NFL, and I ended up seeing him all over campus.
I might have also propositioned him, run away from him, attacked him with a cooking utensil…and…uh, maybe I shouldn’t tell you all of it. It’s pretty normal stuff, things you’d expect…from me. Eventually, the time came when I couldn’t hide anymore—not that he’d have let me even if I tried.
Before now, he never knew I was secretly watching him. Now that we see each other every day, he knows when I have a hard time looking away. It doesn’t help that I’m not the most subtle person in the world either.
He smiles at me and tells me he finds me fascinating because of my quirks. I can’t even tell him that I think my heart beats differently whenever he’s around.
He thinks we’re going to be best friends. I think I have a big thing for him, and the more I get to know him, the more I don’t care that I’m not allowed to be his friend, let alone fall for him.
The thing is, that’s exactly what I’m doing—what we’re doing, I think.
Falling.
Hard.

Read Today! Amazon US: https://amzn.to/2vn0hGm Amazon UK: https://amzn.to/2HGsH0p Amazon CA: https://amzn.to/2Hvsb7D Add To Goodreads: http://bit.ly/2ICkfzg
Excerpt:
I stopped speaking when Dylan’s gloved hand—his huge gloved hand—cupped my cheek and gently tilted my face up. The world around me slowed down, and I stood still. I swear to you, I watched his eyes roam my face in slow motion.
“I like having your eyes on me, Zoe.”
I managed to force a nervous smile. His thumb moved on my cheek, rendering me…basically completely helpless.
Forgetting myself, forgetting where we were, I whispered, “I like watching you.”
His tongue peeked out and touched his lower lip. “I know.”
Oh, Dylan, why did you do that?
“I meant I like watching you—liked watching you play tonight. I didn’t mean it to sound like I like watching you when you’re not playing. I definitely wouldn’t watch you if you were just standing there, or I don’t know…I wouldn’t watch you when you’re working out, and I would never watch you if you were—”
“You know why I like watching you?”
The question shut me up pretty quickly, which was probably for the best; who knew what else I would spew out.
“Because I can’t take my eyes away from you. Everything else…it all disappears, and…”
And… And…
“And?”
I tried my best not to look eager for his answer—or let’s say not too eager because there was no way he couldn’t tell I was very interested and invested in hearing what he was about to say.
He let out a heavy breath and decided not to finish that particular sentence. I’d seen it in his eyes, a slight change, there and gone.
Goddammit! 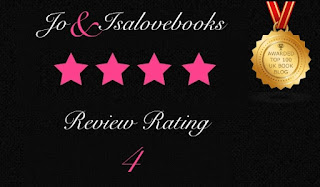 The Hardest Fall by Ella Maise
My rating: 4 of 5 stars

I have been dyyyyyyyyyying for Maise to release a new book for what feels like years so when I saw she was releasing a college romance entitled The Hardest Fall, I practically pushed my fellow reviewers out of my way so I could have it first. I’ve only read To Love Jason Thorn and To Hate Adam Connor and thought they were the bees knees. But The Hardest Fall didn’t wow me like Maise’s previous books did. I really enjoyed it, I liked the characters, I liked *most* of the storyline but did I love it? No. And really, that hurts me more than I say.

Dylan and Zoe have the best first meetings (definitely plural) ever. In fact, the first line of the book had me snorting in my cup of tea! They meet, Zoe propositions Dylan, then she disappears. One year later they meet again where - again - Zoe makes a fool of herself. A year after that, they meet yet again with Dylan at the pointy end of a rolling pin. There’s a definite attraction between them from the get-go, but Zoe’s innate shyness and pretty huge secrets don’t allow things to progress.

As I said earlier, I enjoyed this book for the most part. The characters were likable and the friendships were strong which is always something I’m drawn to. I felt like there was too much drama though and that took away from Zoe and Dylan. I think there was enough going on in their lives without adding the rest of it to the mix and unless certain other characters are getting a story down the track, it was, in my humble opinion, completely unnecessary. Overall, still a very enjoyable read.

View all my reviews About Ella
I’m a big dreamer. And that’s how it all started for me, really. Reading and dreaming. I love nothing more than to escape real life to find those very few magical moments in a book. I love how it has the power of stealing your worries away, putting a smile on your face even when smiling is the last thing on your mind. Crushing on fictional characters is also another bonus. Through my words, if I can manage to make even one-person smile, it means I’ve done my job well.
Writing became my world and I can’t imagine myself doing anything other than creating new characters and telling their stories. You know how some things simply makes your heart burst with happiness? A really good book, a puppy, hugging someone you’ve been missing like crazy? That’s what writing does to me. And all the hard work, all the sleepless nights, all the anxiety that comes with publishing…everything is worth it at the end.
Connect with Ella
Website: http://www.ellamaise.com Goodreads: http://bit.ly/19MotSQ Facebook: https://www.facebook.com/authorellamaise Instagram: https://www.instagram.com/authorellamaise Twitter: https://twitter.com/ellamaise Pinterest: https://www.pinterest.com/authorellamaise/
By Jo&Isalovebooks Blog - April 24, 2018