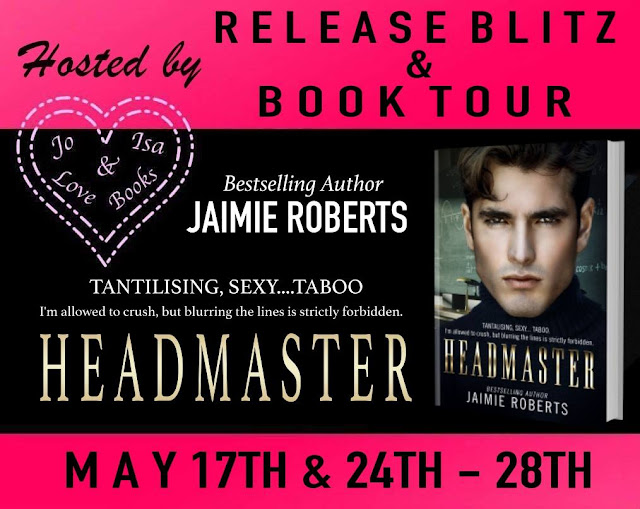 FREE with KindleUnlimited.
1-Click your next Romantic Suspense
AMAZON
AMAZON UK
At one time, I had truly believed that I’d experienced enough drama in my life. Clearly, I’d been wrong. It all began the night before I was due to start my final year of school—the night of my eighteenth birthday. Since I had been considered “missing” for three years, I had failed to finish off the last year of my education. This was why I needed to let loose a little. I was turning eighteen and was finally legal to drink, so, why not? The next morning, I would be going to school with a bunch of ladies three years younger than I was. Even if it was for no other reason, I felt this entitled me to have a little fun. The night started off well enough: Girl meets boy. Girl gets dared to buy boy drink and kiss him within fifteen minutes of receiving said drink. It sounds like it would have been plain and simple, right? Wrong. I had no idea that his kiss would be the kiss to end all kisses. One taste of him, and I was lost for the first time in all my eighteen years. But I wasn’t meant to feel anything… Three years of living in Hell had taught me that. But, this man … just … awakened me. I went home that night feeling both alive and scared shitless at the same time. However, that wasn’t the worst of it. The very next day at assembly in school, we were all introduced to our new headmaster… None other than the very same man who had—just the night before—locked lips with me in the most hypnotic, take-your-breath-away kiss I had ever had. Yeah, I am seriously screwed. He’s a forbidden fruit that I long to taste again. No matter how hard I try, I can’t seem to get that kiss out of my head. So badly, I want to escape him, his presence, his … everything. It seems, however, that the universe has other ideas.

GOODREADS
ADD TO YOUR TO BE READ SHELF!

Jaimie Roberts was born in London, but moved to Gibraltar in 2001. She is married with two sons, and in her spare time, she writes. In June 2013, Jaimie published her first book, Take a Breath, with the second released in November 2013. With the reviews, Jaimie took time out to read and learn how to become a better writer. She gets tremendous enjoyment out of writing, and even more so from the feedback she receives.

HEADMASTER by Jaimie Roberts
My rating: 5 of 5 stars

Romantic Suspense you won’t want to put down. What a thrill I have experienced while reading this story. It’s not what I expected at all, don’t get me wrong I definitely thought it was going to be saucy, and I got that in spades, but the rest just blew me away. I was on the edge of my seat while reading most of this book. At one point I swear I stopped breathing. So, so, so good.

Ray the most sweetest girl you could ever meet. She is beautiful, smart, as strong as an ox and has a heart of gold. She has had to deal with seriously difficult situations while growing up. Some things no child or young adult should ever have to go through, but she did, and she survived everything that was thrown at her.

Life can be cruel, and also a blessing. It always feels like the world is either against you or God loves you. When Ray is dealt her next dilemma she does so like an adult. Everytime I think she’s definitely going to flip now, she just takes it all in her stride. The woman deserves a medal.

Mr Lockhart the Headmaster, the delicious Headmaster, the I want to chomp on his… Headmaster. All I’m saying is he could give me detention any day of the week, and I’d gladly do it with bells on. He is such a sweet man with a body to die for, I’m sure you got that by now. Mr Lockhart known as Easton see’s Ray as much more than a student, and the same could be said for Ray, she knows Easton is the Headmaster, but it has no effect on how she feels about him.

Easton and Ray have to stay away from each other easier said than done that’s for sure. It’s like the old saying, all good things they must come to an end, especially if it is forbidden. There will always be consequences when breaking the rules.

This story had me up and down, I was on a rollercoaster of emotions. The twists were so unexpected, I could hear myself gasp. I had tears streaming down my face at one point. It was such a powerful read that I connected with everything that was written. The characters were beautiful, well not all, but each one that played a role and played it well.

There is a definite possibility that we could hear more from this story, a series maybe? Other characters were itching to be heard I just know it, and I would say that this story could go further. There is no cliffhanger it’s just that well you’ll understand where I’m coming from once you read.

I would one hundred percent recommend this book to all lovers of Contemporary Romance and Romantic Suspense. It was an epically fabulous read.