Faking It by K.Bromberg BLOG TOUR

Zane Phillips mistook me for his dog walker. It shouldn't surprise me that the man with a suit more expensive than my rent would assume that I was there to serve him. The positive? I put him in his place. The negative? I missed my job interview because of it. Now I find out he's a rich Australian entrepreneur, and he wants to make up for tanking my interview.
Yes, he's impossibly hot - but he's also an arrogant jackass - so...no thanks.
But after a little white lie I tell spirals out of control, I'm somehow offered the chance to play Zane's girlfriend to help promote his new dating website - and the best part? He can't say no because he'll get caught in his lie, too.
Little did I know this would entail sharing a tour bus with him for the next few months. The fact that the bus has just one bed isn't the most ideal of circumstances, but this spokesperson gig might be the kick in the pants my career needs, so why not take a chance?
Famous last words.
Now I'm crisscrossing the country - and sharing that bed - with the one guy I can't stand. And even worse, my traitorous body is wondering at every turn what it's like to be down under the gorgeous Australian. But as the miles unfurl, so does our passion...and if I'm not careful, I might end up believing that fairy tales really do come true.

Text Kbromberg to 77948 to stay up to date on all things, Driven movies and new releases!
Excerpt:
“I have connections.” Brilliant, Zane. Fucking brilliant. That’s how you get her to not run away from you? By giving her a sleazy line? “Maybe I could help you find something.” “I couldn’t care less about your connections.” She hangs her head and when she lifts it, I watch her reign in the pride I feel like a dick for bruising. “I’m sorry. That was rude. Like I said, thank you.” She holds up the papers and offers a reticent smile. “Look . . .” I take a step toward her, more than aware that I don’t want her to go just yet and questioning why I’m even bringing this up. “I have an event I’m holding at the end of the week. You should come. I could introduce you to some people. There might be some job opportunities there.” “Thanks, but no thanks. I’m not that kind of girl.” The roll of her eyes has me realizing how she took my comment. My laugh makes my dog lift her head. “That’s not exactly what I meant, Harlow. I run a matchmaking website, not an escort service.” “Good to know. So basically that means you cherry pick the women you want to date after you scope out all their information. I assure you now I can sleep better at night knowing this.” “You’re exhausting.” And she is, but in the most fascinating of ways. “You’re one to talk.” She crosses her arms over her chest and lifts her eyebrows. I hold my hands up. “All I was trying to say is connections matter in this town. You and I both know that. My event . . . there is going to be a lot of people there. Industry people,” I say more than aware I just let it slip that I looked her up and know she works in the industry. “Good. Great. Can you go now?” But there’s a crack of a smile on her face. A chink in her defensive armor that tells me I’m getting somewhere. “You have to take opportunities when they present themselves.” She doesn’t say anything but the slight smile remains. “Zane Phillips. Nice to meet you.” I stick my hand out. She looks down at it and nods but doesn’t shake it. God, she’s stubborn. And damn gorgeous. “And you’re Harlow Nicks.” “Considering you had my electric bill, I guess that means you know how to read.” “I do.” I nod. “And I also have your email address from your interview paperwork.” “Should I worry that you’re stalking me?” I shake my head and sigh. “I’ll email you the information about the party—” “—don’t bother—” “—it’s on Friday night. Cocktail attire. Lots of networking.” “I won’t read it.” I flash a megawatt smile at her and then turn to walk away. “Yes, you will.” And she will. It’s rare that a woman resists me. She’s trying but I’ll win in the end. It just seems for the time being that I have my work cut out for me. I’m a man who always has an end goal in mind. Always. There’s no point in setting a goal if you don’t plan on smashing it. Question is, what in the hell am I aiming for when it comes to Harlow Nicks?


Faking It by K. Bromberg 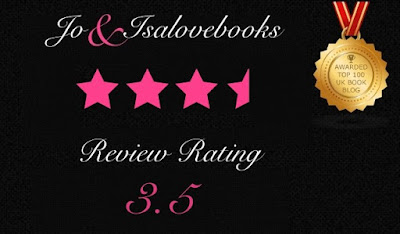 Faking It by K. Bromberg
My rating: 4 of 5 stars

I like a good enemies to lovers and that’s exactly what we get here with Faking It. Harlow meets Zane when he makes her late for an interview she’s desperate to nail after he mistakes her for the dog walker. Once she’s done putting him in his place, she hightails out of the building and returns home without her interview having taken place and oddly, without her shoes. Being ever so resourceful, Zane tracks her down and invites her to an event which might provide connections and potential job opportunities and what follows is a web of lies and a series of events that takes them on their (fake) journey.

Overall, I liked Faking It. I really liked Harlow but Zane less so. He had me rolling my eyes more than once and frankly, he could have done with a backhand or three. Harlow’s character was a strong one and I have admiration for her. I do get annoyed by other characters pulling strings and having too much influence over the main characters and I felt some of that come across here, which shows in my rating. Nonetheless, it was an enjoyable read and I do wonder if Bromberg will write stories for any of Zane’s friends.

*I voluntarily read an early copy of this book.


About K. Bromberg
New York Times Bestselling author K. Bromberg writes contemporary novels that contain a mixture of sweet, emotional, a whole lot of sexy, and a little bit of real. She likes to write strong heroines, and damaged heroes who we love to hate and hate to love. A mom of three, she plots her novels in between school runs and soccer practices, more often than not with her laptop in tow. Since publishing her first book in 2013, Kristy has sold over one million copies of her books across sixteen different countries and has landed on the New York Times, USA Today, and Wall Street Journal Bestsellers lists over twenty-five times. Her Driven trilogy (Driven, Fueled, and Crashed) is currently being adapted for film by Passionflix with the first movie slated to release in the summer of 2018. She is currently working on her Everyday Heroes trilogy. This series consists of three complete standalone novels—Cuffed, Combust, and Cockpit (late spring 2018)—and is about three brothers who are emergency responders, the jobs that call to them, and the women who challenge them. She loves to hear from her readers so make sure you check her out on social media or sign up for her newsletter to stay up to date on all her latest releases and sales: http://bit.ly/254MWtI