Right where I Want You by Jessica Hawkins RELEASE BLITZ

There’s a thin line between love and hate . . . and it cuts right through the middle of their office.

But after a confidence-shattering breakup, she’s determined not to let anyone at her new workplace push her around—least of all the brooding creative director, a “bad boy of publishing” who’s made it clear she’s enemy #1.

Sebastian Quinn's taste for fast cars, late nights, and beautiful women may have gotten him to the top of a leading New York magazine, but the reputation that made him is suddenly threatening to end his career.

Georgina can help Modern Man shed its bad reputation, but in order to do that, she’ll have to start at the top—and no amount of rakish charm or inconvenient attraction will distract her.

Because if Sebastian gets her right where he wants her, it means she’s going down.

At the stadium’s concession stand, I took a tall stool, putting Georgina and I at eye level since she stood. “So, why didn’t you kiss François?” I asked. “Bad breath?”
She gasped into her hand. “My breath is fine.”
“I meant his. I’m sure yours is pure relish on a hotdog.”
She made a face. “Gross.”
“I happen to love relish,” I said. “But does François?”
Each time I said François with flourish, she flinched. I didn’t care. Something about him bugged me—I just couldn’t put my finger on it.
“We didn’t kiss because you interrupted us,” she pointed out.
“So? If I were in his position, and we both wanted that kiss, I wouldn’t let anyone stop me.”
“Frank and I are clicking,” she said, scowling. “There was even mention of spending time at his summerhouse.”
“Hamptons?”
She coughed into her fist. “Boca Raton.”
The idea of Georgina spending a summer with him in Boca Raton was tragic enough that I almost smiled. I got the sense she was playing up the date. If it was so great, why wasn’t she sitting here with him? And why was I more relieved than smug about that? “Meanwhile, Justin and I will be clamming in Montauk.”
“You two should really just make it official and announce your love to the world.”
“But then I wouldn’t get to flirt with pretty girls.”
“For someone who pretends to have as much game as you,” she said, “I still haven’t seen you successfully flirt with any girls since I’ve known you.”
I smirked. “How do you know I’m not flirting with you right now?”

Jessica Hawkins is a USA Today bestselling author known for her "emotionally gripping" and "off-the-charts hot" romance. Dubbed "queen of angst" by both peers and readers for her smart and provocative work, she's garnered a cult-like following of fans who love to be torn apart...and put back together.

She writes romance both at home in New York and around the world, a coffee shop traveler who bounces from café to café with just a laptop, headphones, and coffee cup. She loves to keep in close touch with her readers, mostly via Facebook, Instagram, and her mailing list. 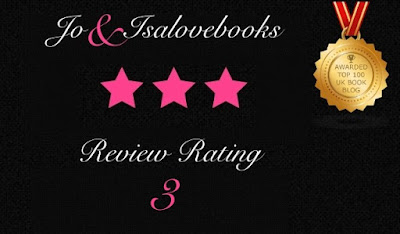 Right Where I Want You by Jessica Hawkins
My rating: 3 of 5 stars

I really struggled with this book, in so many ways. It is classified as a romantic comedy and a contemporary romance, and I will go with the latter. There may have been some funny lines, but it was definitely no rom-com. I have seen others consider it a slow burn romance, but for me, unfortunately, it was just slow. As this is my first read by this author, I’m not sure if it is her style or just this particular novel, but I wasn’t a fan of all the self-asked questions either.

The story in itself was sweet, an office love with cute dogs. He was an editor of a Men’s magazine who was in a slump due to personal reasons. She was the person hired to solve the problems and get the mag back up in the ratings. I found some of it confusing with them both jumping back and forth with their actions and feelings. There is a thin line between love and hate, but also between weak and arrogant. They were both bordering on that line a few times in my opinion. I’m sad to say that this book just didn’t do it for me but if you’re a fan of this author, you may well enjoy it.

*I voluntarily read an early copy.
**Reviewed by Monique for JoandIsaLoveBooks Blog.

Right Where I Want You by Jessica Hawkins
My rating: 3 of 5 stars

Right Where I Want You by Jessica Hawkins
2.5-3*

Sebastian is the Creative Director at Modern Man. He’s cultivated a reputation as a player and it’s come at a cost. While men want to be him and women want to be with him, the image he portrays is costing the magazine their readers and subscribers. MM hires Georgina to come in and do damage control in the form of whipping these bad boys into shape. She’s obviously met with some resistance but still prevails.

This was an okay story and while I love slow burn romances, I felt this dragging a little. I also didn’t feel that is was really enemies to lovers: yes, there was a bit of antagonism at the start, but for me it just seemed like foreplay rather than hate. I loved Sebastian and I felt sad for George and what she’d gone through. Overall it was a good read and both sweet and swoony at times.

*I voluntarily read an early copy of this book.